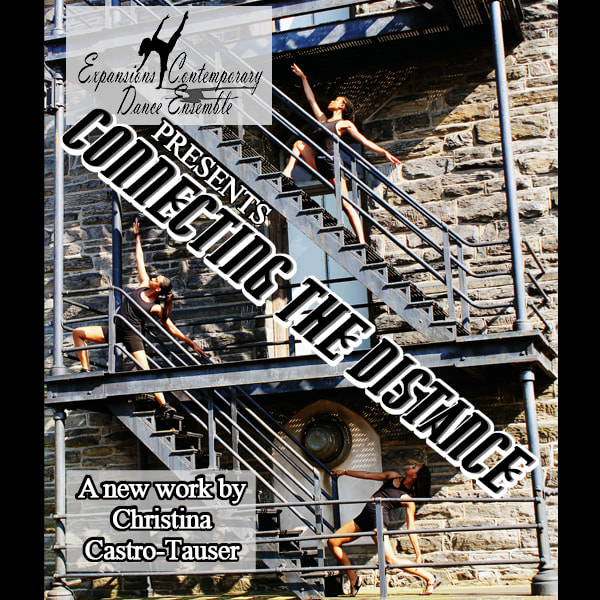 Courtney Pilgreen, Courtney is a Georgia native and alumnus of Temple University, receiving her Bachelors of Fine Arts in Dance and Certificate in Business. She got her start in competition dance at the age of 8 and sought classical training at the age of 13 upon attendance at Dekalb School of the Arts, a performing arts high school in Lithonia, Georgia. She has had the honor to dance and train with the late Robert Mason and can dedicate most of her training to Jennifer Davis, the Artistic Director of City Gate Dance Theatre Company Inc. She has created and performed many works at Conwell Dance Theatre. Upon graduation in May of 2019, she has worked as a freelance dance artist and walked the runway for many fashion designers in Philly Fashion Week. She plans on continuing her love for dance and modeling in the many years to come.
​ 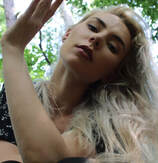 Cara Celeste is a dancer and teacher in Atlanta, GA. After gaining her bachelors in dance from Kennesaw State University she went on to dance for local musical artists like Chelsea Shag and contemporary artists such as gloATL. She now looks to the future and what awaits. 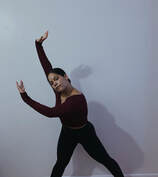 Anakeiry Cruz is a dancer based in NYC from the Dominican Republic. She is currently a junior in college studying dance and journalism. She has trained at the Martha Graham School, NYU Tisch Pre professional program, City Center and Broadway Dance Center. Some of her credits include: New York City Center, The Joyce, Kaye Playhouse. Anakeiry wishes to be part of a contemporary/modern company in the future while still using her passion for writing to be an advocate for the arts. ​

Sabastian Willson I started dancing when I was 14 from the concrete basketball court with my cousin. Street styles of hip-hop is where it all started. Later- when I was 16- I began my classical training at GBC (Gainesville Ballet Company) Under the guidance of Diane Callahan, and that is where I met my lifelong mentor- and now friend- Christina Castro-Tauser. I then continued my training at the Gwinnett Ballet Theatre. Following that I have worked as an Artistic Director, Head Lighting designer and Technician for Blue Palm Productions; Core Company dancer for Infinite Dance Theatre, and most recently Talent Coordinator and Choreographer for miscellaneous film projects. I am a Dancer, Writer, Civil Rights Activist, Artist for Social Change. 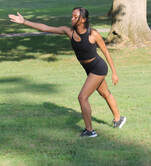 Coralie-Michele Francois is a 2017 graduate of Drexel University with a major in Biological Sciences, and is currently pursuing her Master's in Wildlife Forensics. She began her training with Wissahickon Dance Academy at the age of 7 and has also trained with Donetsk Ballet, Metropolitan Ballet, Olga Kresin Ballet, Bolshoi Ballet, Ballet Nacional de Cuba, BalletX, and Studio Zoom Bangkok. While at Drexel University she became a member of Drexel University's Dance Ensemble in 2013 where she trained for 4 years, showcased her own work, participated in Community Based Learning/Exchange programs, and worked as a Dance Fellow with ArtistYear at W.B. Saul High School. She was a company member with Danse4Nia Repertory Ensemble from 2017-2020, and is currently dancing as a company member in EyedentityExperience. 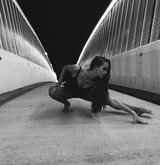 ​Sophia Dixon is over the moon to be in her debut season with Expansions Contemporary Dance Ensemble. Based in Gainesville Georgia, Sophia has been dancing for twelve years, five of which spent as a Senior Company member training in classical ballet, jazz, and contemporary/modern with the Gainesville School of Ballet and Company. She has also had the honor of teaching dance to children through the Gainesville School of Ballet and their Boys and Girls Club of Lanier outreach program as Lead Teacher. Sophia has been given several opportunities to choreograph on children and peers, but most notably for Brenau University’s Adjudicated High School Dance Festival Performance in February of 2019. Sophia will be studying English at the University of North Georgia this fall and cannot wait to dance her heart out this season! “
Mt Airy Collective

We are Joined by the Mt. Airy Dance Collective Mt. Airy Movement Collective is a group of independent artists, educators, dancers, movers, and musicians. We explore and create primarily through dance informed by modern and postmodern practices and other dance techniques that individuals bring to the collective. The collective serves as a forum for professional and advocational growth. Mt. Airy Movement Collective is based in Mt. Airy Philadelphia and facilitated by Monica Frichtel. Monica Frichtel PhD, EdM, is a dance educator, researcher, and artist. She teaches across diverse communities, seeking to engage in critical dialogue and practices that pursue just and equitable society.
Mt. Airy Movement Collective Participating Dancers include Anna Beresin, Mady Cantor , Monica Cameron , Christina Castro-Tauser, Frichtel, Joy Friedlander,Amy Lee Gaby Mahler, Dawn States

Madeline McClurg is a sophomore Choral Music Education Major at Florida State University and currently dances with FSU’s Level Dance Company. She has been dancing for fifteen years and has trained with the Gainesville Ballet Company and Clarkesville School of Dance in the areas of ballet, jazz, contemporary, tap, and hip-hop. She has attended dance summer programs including the Governor’s Honors Program in Georgia and the Rockettes Summer Intensive in NYC.

Peyton Bellman is originally from Cincinnati, Ohio. He now lives in Philadelphia, Pennsylvania where he works as a professional dancer, choreographer, and educator. Peyton obtained his Bachelor of Fine Arts in Dance at the prestigious Temple University. Other than traveling and choreographing for show choirs around the United States, he has been seen performing at many dance festivals throughout Pennsylvania, New Jersey, and New York. He is also a member of Creative Reaction Dance Company and an administrator for Valerius Productions.
​ 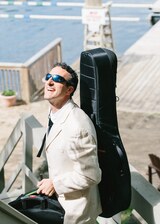 Christopher B Farrell Composer/Musician
Christopher B Farrell is an award winning composer, multi-instrumentalist, producer, and founder of the critically acclaimed instrumental ensemble, the Rit Mo Collective. Christopher has scored music for over 100 multi-media productions including film, television, dance, and spoken word poetry. He averages over 150 live performances a year and has toured on five continents during his 30-year career as a musician.
As an instructor and accompanist, Christopher has worked at Drexel University, Temple University, University of the Arts, Pontificia Universidad Javeriana in Bogota, UC Santa Cruz, Oxford University, and UC Berkeley’s affiliate in Bologna, Italy. In addition to teaching Rhythmic Studies for Dance, Guitar I & II, and private guitar lessons at Drexel, Christopher also accompanies Modern and Ballet technique classes.
Samples of his work can be found at the following sites –
Mud: Bodies of History, Red Earth Calling, Sound Cloud and Trombo. ​ 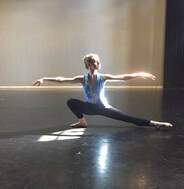 ​CATALINA R. WALSH is a New Jersey native currently residing in New York City. Most recently, she graduated in the class of 2020 from The Institute for American Musical Theatre (IAMT), where she has trained for the past two years under the direction of Andrew Drost and Michael Minarik. In May of 2018, Catalina graduated with a BFA in Dance from Temple University Boyer College of Music and Dance. There is where she had honor and privilege of preforming in many of Christina’s works including: Displaced and Disconnected, Needed Conversations, Among Us, and Qué Pasa Ahora. Beginning her dance training at age three, she is a classically trained Ballet dancer by Barbara Sandonato and the Pennsylvania Ballet, performing in Pennsylvania Ballet’s The Nutcracker from 2004-2011. In 2010, as a dancer with The Barbara Sandonato School of Ballet, Catalina collaborated with The Branstormers on a children’s opera, The Crowed House, by Michael Dutka, for Philly Fringe. She has also worked with the Willington Ballet’s Nutcracker in 2011, 2016 and 2017. As a part of the inaugural class, she has trained with the Joffrey Ballet School Musical Theater Summer Intensive NYC throughout her entire college career. During her time at Temple, Catalina interned for BalletX (Spring 2015) and the Disney College Program in Walt Disney World (Spring 2017). Catalina would like to give a special thanks to Christina; thank you for allowing me to be a part of the special project and always feeding my creative expression. “Never pass up a chance to Dance!” 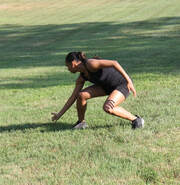 Michele-Olivia Francois started her dance training at age 5 with Wissahickon Dance Academy.She has also trained with the Donetsk Ballet, Kirov Ballet Academy, Bolshoi Dance Academy,Olga Kresin School, and Metropolitan Ballet Academy. She attended Drexel University on a dance scholarship and became part of the Drexel University’s Dance Ensemble in September of 2010. She graduated from Drexel University, June 2014, with a B.S. in Dance and a concentration in Physical Therapy and is now working on finishing her Doctorate in Sport Physical Therapy. She joined Danse 4 Nia Repertory Ensemble company right after her undergraduate years, and now she is dancing for Eyedentity Experience Dance company. Aside from dancing and school, she is working as a physical therapy assistant and physical conditioner around Philadelphia, as well as teaching Pilates at The Pilates Connexion and Club Pilates.